Flourishing Femininity: Staying In Your Lane!

Posted on October 15, 2015 by lovelyseasonscomeandgo.wordpress.com

(This image is at: http://www.hark.com/clips/lhdxlbzhqg-id-like-to-know-about-you)

Feminism and rebellion against the way a woman was designed has been around since the beginning of time in the Garden of Eden. From the moment when Eve took that first curious step to take of the fruit she was told not to eat. Then gave it to her husband Adam and it’s been hell ever since. (LOL)

But……. according to God’s design.

*the woman was created 4 the man.

Neither was the man created for the woman; but the woman for the man. [1 Corinthians 11:9]

*and she is supposed to look quite different from her man too.

The woman shall not wear that which pertaineth unto a man, neither shall a man put on a woman’s garment. For all who do so are an abomination unto the Lord thy God. [Deuteronomy 22:5]

*her role and goals was meant to be a helper in order for him to fulfill his life’s calling.

And the Lord God said, it is not good that the man should be alone; I will make an help meet for him.

*Submitting to her husband.

Wives submit yourself to your own husband. [Ephesians 5: 22]

For me, what I love about the bible is it’s truths. As a wife I know why I was created and what my feminine purpose and role is and I love wearing feminine dresses, skirts and tops with modesty because looking like a lady has it’s own rewards. As a wife I always have wanted to be a blessing and not a hindrance to my husband and family. The Proverbs 31 woman is such an amazing example for me and for so many women. I personally find that a wife submitting to her husband is not being weak but it is being strong. Learning to submit takes time to learn how to do. Especially when you see how the world says to do the exact opposite. I am finding that it really is OK for me to submit to my husband and let him lead. Keeping in mind that I’ll never allow my husband to lead me into sin. But helping him as he becomes more of a righteous man every day makes it easier.

(this image above is at: http://diary-dresses.worlddresses.net/modest-dresses-for-women-christians.html)

I love and adore this cute and funny scene from the movie “Coming To America.” With Eddie Murphy and Vanessa Bell.

~Am I not all you dreamed I’d be…….ever since I was born, I’ve been trained to serve you. [Imani Izzi]

~…..Yes I know this but I’d like to know about you. What do you like to do? [Prince Akeem Joffer]

~Whatever you like. [Imani Izzi] (she extends both her hands and lowers her eyes and head before him in submission and he smiles in pleasure.)

~What kind of music do you like? [Prince Akeem Joffer]

~Whatever kind of music you like. [Imani Izzi] (She extends both her hands and lowers her eyes and head before him in submission a second time as he is slightly agitated but a smile still remains.)

~Good. (He feels he is making progress now.) What is your favorite food? [Prince Akeem Joffer]

~Whatever food you like. [Imani Izzi] (She extends both her hands and lowers her eyes and head before him in submission for a third time.)

~Are you saying that no matter what I tell you to do, you will do. [Prince Akeem Joffer]

~Yes your highness. [Imani Izzi] (She extends both her hands and lowers her eyes and head before him in submission once more.)

~Hop on one leg. [Prince Akeem Joffer] (She hops on one leg before him.)

~Make a noise like an orangutang. [Prince Akeem Joffer]

~Ah! I see the two of you are getting along! [King Jaffe Joffer] (smiling) 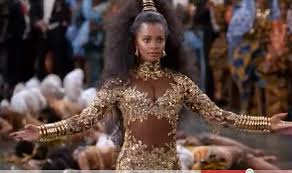 (this image is at: http://therapyncounseling.blogspot.com/2014/07/the-true-meaning-of-being-submissive-as.html)

(For the link….if you like, you can go to “YouTube” and type in “Whatever You Like” from Coming To America Scene to watch this amazing and funny part of the movie.) 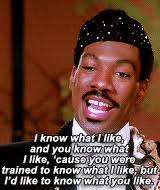 (this image is at: http://www.crystal-blake.com/brakethebully-the-hypothetical-fall-of-cyberbullies/)

I like to call my self a happy soul, a daydreamer and have a heart of a gypsy. Love to use my imagination. And trying out new things. Life can be so wonderful and enjoyable when I am being positive and releasing.
View all posts by lovelyseasonscomeandgo.wordpress.com →
This entry was posted in Uncategorized and tagged Coming to America, favorite scriptures, femininity. Bookmark the permalink.