Posted on April 28, 2015 by lovelyseasonscomeandgo.wordpress.com

and let’s get together before the day runs us down

I’m pleading with you now…..

(This image is at: http://www.legacy.com/news/legends-and-legacies/sylvia-robinson-the-mother-of-hip-hop/781/)

I know everyone that’s watching Saath Nibaana Saathiya is hoping that pretty soon Ahem (Mohammad Nazim) will put his stop sign down and go ahead, face the fact that he really is still very much in love with his beautiful, loving and lovely Gopi (Devoleena Bhattacharjee) …..his one and only true love.

I am sure that in the meantime, Ahem will continue to be his grumpy, moody, letting off steam, angry and disappointed self……….well for men, it’s like that sometimes. LOL!

He’s so fussy, the poor thing and so mad at the entire world. (lol!) Just keeps letting off all his steam, releasing all his anger and disappointment all on poor Gopi.

In fact, since Gopi’s been away from him, he’s been so very miserable. His losing Gopi once again was the very thing he dreaded and feared. I remember the time he expressed this fear so lovin-ly to Gopi.

So when it happened he went off! He cut off all family ties this time and moved as far away from them all as possible. As a matter of fact, no one knew where he was all those years, bringing his two daughters with him, for he wanted to punish them all for his losing his Gopi once more.

Even now, with his love right in front of him, he’s still in the fight mode and still promises not to step in the Modi mansion ever again.

But I wonder for how much longer will he keep fighting with his heart. His confusion, anger, letting off steam, being grumpy and unbearable to be around. This is just plain pillow talk, for now, Ahem and Gopi’s Pillow Talk….. 🙂 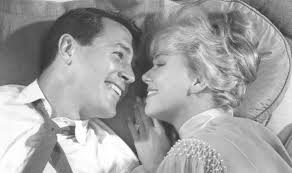 (This image is at: http://pixshark.com/pillow-talk.htm)

to be the ones who’s gonna light your fire, ha-ha

what your friends all say is fine

but it can’t compete with this pillow talk of mine 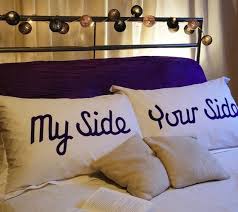 (This image is at: http://thegadgetflow.com/portfolio/pillow-talk-pillowcases-60/)

I like to call my self a happy soul, a daydreamer and have a heart of a gypsy. Love to use my imagination. And trying out new things. Life can be so wonderful and enjoyable when I am being positive and releasing.
View all posts by lovelyseasonscomeandgo.wordpress.com →
This entry was posted in Uncategorized and tagged Gopi & Ahem, Pillow Talk, saath Nibhaana saathiya. Bookmark the permalink.