You, Will, Live With Me In Agra In My Harem Safe And Sound: Jodha Akbar

Posted on August 17, 2014 by lovelyseasonscomeandgo.wordpress.com
~~~ 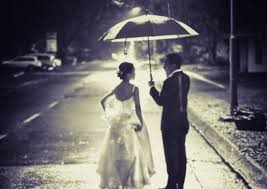 Imagine a world where chivalry was very much alive and well.

When I think about all of the women in need of love and protection from their abusive spouses…. and I know this is just a fairy tale.

But could you just imagine a world filled with mighty men like Emperor Jalal who could and would come to their rescue, setting them free? 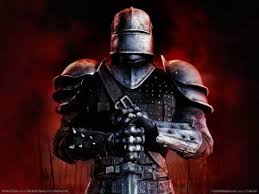 (this image is at: http://secretsinstereo.com/chivalry-is-alive-and-well/)

[Emperor Jalal] Atifa! (she turns to face the Emperor with tears flowing down her face) Is it true that you are leaving? (they embrace and she cries in his warm loving arms)

[Emperor Jalal] I will not let anything come between us. The thought of not seeing you ever again has rattled me beyond words. That’s why I have decided that you will live here in Agra with me. You will live in my harem. (she is overjoyed with tears in her eyes still and they embrace once again)

And in walks Atifa’s fire breathing angry husband. Just the sight of seeing the two of them together has him stirred inside with thoughts of what he will do to her at that moment, and it’s obvious that fear overtakes her entire being! She is a little bit of a woman and fears her strong and enraged husband who has authority over her according to their culture and religious beliefs. So he is giving her an angry stare. With his fists balled up, he is ready to beat her once more. He thinks he has the right to do it, why because she is his wife, his property, not a human being, and how dare she stand there talking and allowing another man to touch her.

[Jilted Husband] You have no shame! How could you cheat on your husband? God will never forgive you. How could you commit such a sin? (she is holding her head down with shame) What were you thinking? A married woman can only belong to her husband. You need to be taught a lesson! (and he is charging towards her to hit her)

[Emperor Jalal] Don’t you dare touch her! (he says with fury) If you call yourself her husband, you must act like one. You need to love her and cherish her. But you keep hurting her and causing her pain. You have no right to call her your wife.

[Jilted Husband] this is commendable, Your Majesty. How is this fair? I cannot believe I am talking to Emperor Jalaluddin Muhammad Akbar. Are you the same Emperor who is renowned for being fair? No. You can’t be that Emperor. You’re a hypocrite. You’re seeking the company of a woman who is already married to another man. We cannot live here anymore. We will go far away from the Mughal empire. We cannot live in a country that is ruled by you.

[Emperor Jalal] I don’t care where you go. But she will not accompany you.

[Jilted Husband] why wouldn’t she come along? I have every right to take her with me as she is my wife. She will do as I say. This is my decision.

[Jilted Husband] you might be the Emperor, Your Majesty. But even you’re answerable to someone when it comes to religion. I need to go to and see the qazi. You’re guilty of committing a sin according to our religion. I will make sure that you’re punished. I will ensure that you are made to pay dearly for touching my wife!

[Emperor Jalal] it doesn’t matter what you do. You can go to whoever you want to. Keep one thing in mind. You are no longer related to this woman. Do not dare come close to her ever again. You may leave.

[Jilted Husband] alright. The “qazi” will decide whether you are doing the right thing or not. 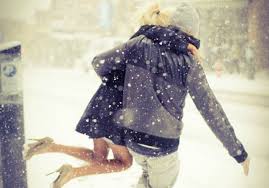 I like to call my self a happy soul, a daydreamer and have a heart of a gypsy. Love to use my imagination. And trying out new things. Life can be so wonderful and enjoyable when I am being positive and releasing.
View all posts by lovelyseasonscomeandgo.wordpress.com →
This entry was posted in Uncategorized and tagged Chivalry, Emperor Jalal, Jodha Akbar. Bookmark the permalink.